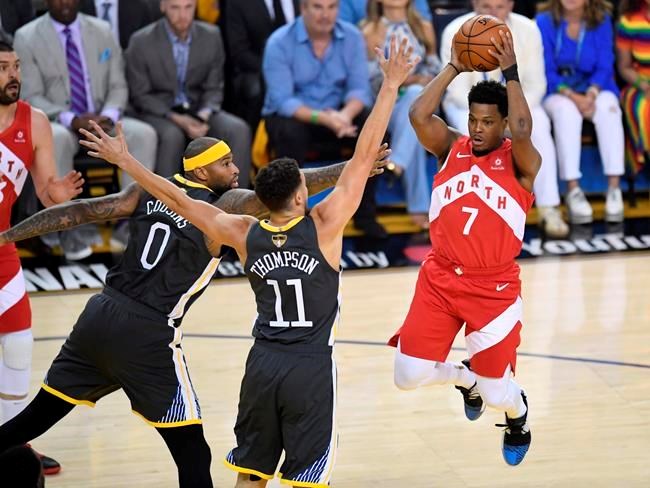 The Toronto Raptors are one win away from the first NBA Championship in franchise history.

But don't tell the players that.

Raptors coach Nick Nurse and veteran point guard Kyle Lowry said the team's focus heading into Monday's Game 5 of the NBA Finals is: "We haven't done anything yet."

One of the secrets to Toronto's success in this historic playoff run, they say, is their ability to remain level-headed.

Part of that mentality comes from their unflappable superstar Kawhi Leonard.

The Raptors were back home Sunday after winning twice at Oracle Arena in Oakland, Calif. They've won seven of their last eight post-season games.

Toronto could face Kevin Durant in Game 5. The Warriors star suffered a calf injury in the Western Conference finals and has yet to play in this series.