"Jack brings a wealth of coaching experience in the National Hockey League and is a great fit with our staff," said Ottawa head coach D.J. Smith.
0
Jun 6, 2019 11:37 AM By: Mike Vlasveld 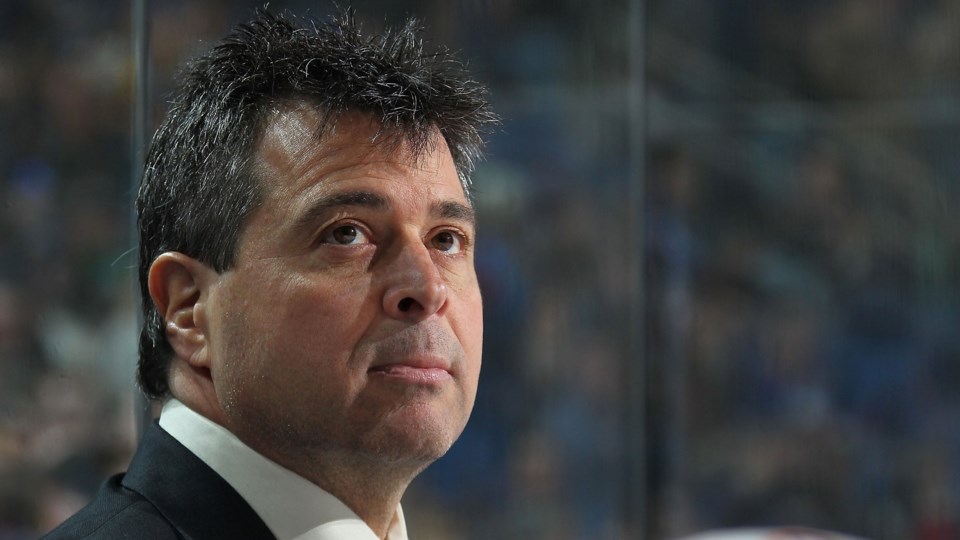 Jack Capuano is set to join the Ottawa Senators as the team's associate coach after signing a three-year contract with the team.

"Our goal was to bring in someone who has been an NHL head coach - Jack has that experience and much more," said Senators head coach D.J. Smith. "He's played defence, run a defence and run a penalty kill. He is a detailed, hard-working guy who players enjoy working with. We are happy to have Jack here in Ottawa to help with the growth and development of this team."

Capuano, 52, comes to Ottawa after spending the last two seasons as associate coach with the Florida Panthers.

Before his time in Florida, he spent more than a decade coaching in the New York Islanders organization, highlighted by parts of seven seasons as the team's head coach between 2010 and 2017. As head coach of the Islanders, Capuano earned a record of 227-192-64 and made three playoff appearances, including the club's 2013 post-season berth, its first since 2007.

A native of Cranston, R.I., Capuano began his coaching career in 1996-97 as an assistant coach with the Tallahassee Tiger Sharks (ECHL), before being named head coach and general manager of the Pee Dee Pride/Knoxville Cherokees (ECHL), a position he held until the 2005-06 season. Capuano has also served as head coach of the Islanders' American Hockey League affiliate, the Bridgeport Sound Tigers (2007-10) and served as assistant coach with the Islanders for one season (2006-07).