He played alongside Ottawa's current budding star Brady Tkachuk in the USHL for a couple of seasons before suiting up for the University of Michigan Wolverines.
May 27, 2019 3:27 PM By: Mike Vlasveld 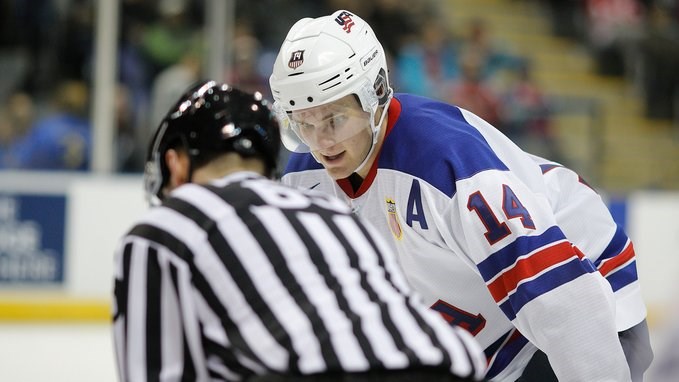 The 20-year-old served as an alternate captain for the United States at the 2019 IIHF U20 World Junior Championship in Vancouver, racking up three goals and three assists while skating in each of the United States' seven games on the way to a silver medal.

An injury at the international competition cut short his season with the University of Michigan Wolverines in 2018-19. After successful corrective surgery, Norris is expected to have a full summer of training and will be ready for training camp in the fall.

Before making his collegiate debut, Norris spent two seasons skating for the U.S. National Team Development Program and was a teammate of Senators forward Brady Tkachuk with the program's United States Hockey League (USHL) team in both seasons. He also served as an alternate captain (while Tkachuk served as team captain) for the gold-medal winning Team USA at the 2017 IIHF U18 World Junior Championship in Slovakia where he tied for third among Americans with seven points (three goals, four assists) over seven games.

Acquired by the Senators as part of a trade with San Jose in September of 2018, Norris was the Sharks' first-round draft pick (19th overall) at the 2017 NHL Draft in Chicago.

Senators fans will have the first opportunity to see him on the ice in an Ottawa uniform during this summer's development camp, which is scheduled to open on June 25.

"Josh is one of the organization's top prospects, a fast, skilled, competitive centre who we project to play an important role with our team in the future," said Senators general manager Pierre Dorion. "In speaking with Josh and his family, we were all in agreement that it is in the best interests of his development to make the step to turn professional after two great seasons at Michigan. We are very happy to have Josh signed and look forward to having him here at development camp in June."