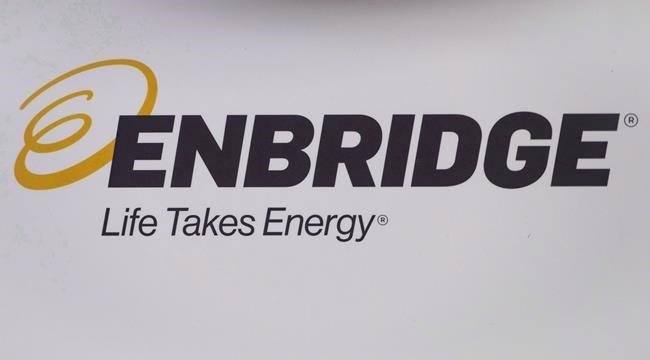 CALGARY — Enbridge Inc. stock rose Thursday after it reported a $1.43-billion first-quarter net loss on non-cash charges but beat analyst expectations on adjusted earnings and reaffirmed its 2020 financial guidance in spite of the impact of the COVID-19 pandemic.

The company announced it would defer $1 billion in capital spending this year and cut costs by $300 million — including company wide salary cuts and voluntary staff reductions — to counter lost revenue from parts of its business impacted by lower commodity demand and prices.

"The vast majority of our EBITDA (earnings before interest, taxation, depreciation and amortization) is unaffected and that's why we're maintaining our guidance," said CEO Al Monaco on a conference call.

"Even though we're resilient, we're staying ahead of the game and taking action to make sure we stay that way."

He said the company has no plans for layoffs.

The Calgary-based company's net loss includes an impairment of $1.74 billion on its investment in Denver-based DCP Midstream, which cut its dividend by 50 per cent in March due to pandemic effects, as well as unrealized derivative losses of $1.96 billion.

The result for the quarter compared with a profit of $1.89 billion in the first quarter of 2019.

The company reported that its Mainline oil export pipeline system, which is typically oversubscribed by shippers, transported 400,000 fewer barrels of oil per day in April than its average of 2.84 million bpd in the first quarter.

On the call, Monaco said he expects throughput to average 400,000 to 600,000 bpd less in the current quarter than in the first quarter.

Enbridge expects average 2020 North American oil production to be reduced by about six million bpd in April and May due to lower demand for fuel because of pandemic lockdowns and then recover as COVID-19 measures are eased, he said.

"In this outlook, production lags recovery in demand, perhaps into 2021, before it's restored to previous levels," Monaco said, adding it will take time for high crude storage levels to be reduced.

About $300 million of the $1 billion in deferred capital savings this year will come from Enbridge's Line 3 pipeline replacement project, said chief financial officer Colin Gruending on the call.

That accounts for a six-week longer than expected period to obtain permits in Minnesota, he said, thus pushing construction expected to be completed this year into 2021. The project would increase Line 3's capacity to 760,000 bpd from about 390,000 bpd.

Enbridge announced Thursday it has sold just under half of its 50-per-cent stake in Eolien Maritime France, a joint venture with three proposed offshore French wind power projects, to the Canada Pension Plan Investment Board for about $100 million.

The deal is expected to close in the fourth quarter, leaving Enbridge with stakes in the three projects ranging from 18 to 25 per cent.

Companies in this story: (TSX:ENB)