WASHINGTON — The Federal Reserve has approved an expansion of its $500 billion emergency program to support state and local governments.
Jun 3, 2020 2:59 PM By: Canadian Press 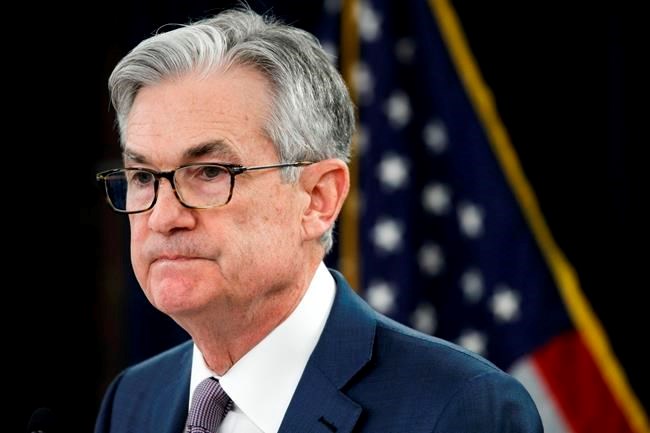 WASHINGTON — The Federal Reserve has approved an expansion of its $500 billion emergency program to support state and local governments.

The expansion will allow all states to have at least two cities or counties eligible to tap the Fed support program regardless of population.

The Fed board approved the change Wednesday on a 5-0 vote.

It marked the second time the program, named the Municipal Liquidity Facility, has been expanded. Before the latest announcement, the program was available to all 50 states and the District of Columbia and one borrower for each county of at least 500,000 people and city of at least 250,000.

Members of Congress had complained that the Fed’s population restrictions would keep more lower population areas from participating.

The support program, which could provide up to $500 billion in emergency loans to state and local governments, has been slow to become operational. It has also faced strong criticism for imposing too many restrictions on the support it will provide to states and local governments struggling to deal with the adverse effects of the coronavirus.

The Fed said in addition to the local governments who can participate, governors of each state will be able to designate two entities who derive their revenue by operating facilities such as toll roads, public transit or airports to be eligible to directly participate in the Fed program.

Under the program, the Fed will buy short-term debt sold by states and cities to cover cash-flow shortages that the pandemic has created.

The Fed is operating the program in conjunction with the Treasury Department under emergency powers first granted the central bank to deal with the Great Depression of the 1930s.