Need to think longer-term on debts, finances as downturn set to linger: experts

TORONTO — The initial economic shock from the COVID-19 outbreak may start to ease as provinces reopen, but experts say it's important for those struggling with debt to think about the longer haul since there's still little clarity as to how long the
May 7, 2020 3:35 PM By: Canadian Press 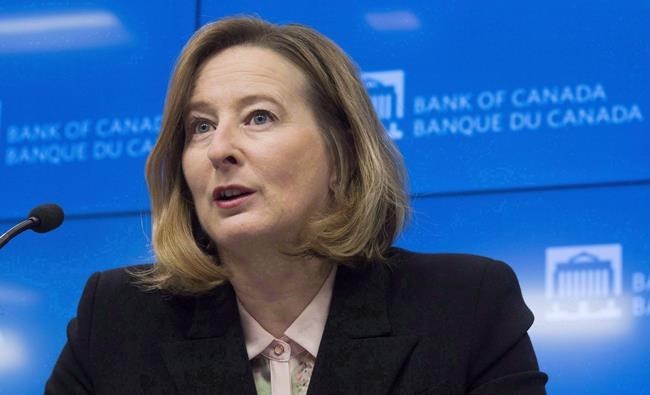 TORONTO — The initial economic shock from the COVID-19 outbreak may start to ease as provinces reopen, but experts say it's important for those struggling with debt to think about the longer haul since there's still little clarity as to how long the effects will linger.

How long the economic hangover lasts is anyone's guess, but it won't be short. Bank of Canada senior deputy governor Carolyn Wilkins said earlier this week that the bank expects a contraction of as much as 30 per cent for the second quarter of the year, and that the central bank hasn't published a full forecast because so many factors are up in the air.

"Even in a good scenario, lost output will be made up only gradually as containment measures are lifted, people return to work and production ramps up," Wilkins said.

Managing your budget and debts for the longer term is key even if you're feeling an immediate squeeze, said Doug Hoyes, a licensed insolvency trustee and co-founder of Hoyes, Michalos & Associates Inc.

"Your urgent situation is what do you need to do today, but you should also be thinking ahead to how am I going to recover from this when this is over."

Even before the crisis, household debt in Canada was near record levels and the Bank of Canada had identified it as a key risk to the economy. The downturn in the economy due to the pandemic has only increased the stress on household budgets as job losses pile up and the country sinks into a recession.

A big part of that is being proactive with any bills or debts you haven't paid or creditors you haven't yet contacted, or ones that you may have scrimped by so far, but might have trouble paying going forward.

"I strongly believe you should be getting on the phone talking to your landlord, your credit card company, your car, loan, your mortgage, whatever, because all of them understand what's going on," Hoyes said. "Doing nothing would be a big mistake."

He advises that before contacting creditors and others who you owe money, think about if your situation is short-term or long term — if you think you'll be able to handle the deferred payments when they eventually come due. You may need to think about what payments don't make sense to make.

Overall for creditors, it's a good idea to try and spread around what you are able to pay without stretching yourself too thin, he said.

"You want everybody to be equally pissed off at you."

Hoyes also recommended opening up a new account at a new bank, since if you owe money to the bank where you keep your money, then they can take it straight out of your account.

And of course, it's important to cut non-essential spending.

"I think a lot of us will be more frugal going forward, will be more likely to be cooking at home and you know, finding ways to entertain ourselves that doesn't cost as much money," he said.

While the financial stress is immediate, there is some breathing room on the consequences since evictions, bankruptcy filings and courts are all largely on hold.

That means you don't need to worry about filing creditor proposals or bankruptcy yet, but should start think about or talk to experts about options if you're feeling squeezed.

As the economic effects of the outbreak are still unclear, it's also important for those who may not yet have been hit financially to prepare, said Michelle Pommells, CEO of Credit Counselling Canada.

"If you're one of the fortunate people that, you know, your employment hasn't been directly affected by COVID-19, but you do have a debt issue, this would be the time to develop a strategy to you to deal with that."

She said to be wary of the temptation of low interest rates and borrowing, especially without a financial plan to get out of debt. Payday loans will lead to more headaches down the road.

Taking a longer view is a challenge, especially when many are already in such a fragile condition financially, but thinking months down the road can lead to much different outcomes, Pommells said.

"I know that's very difficult to do when you're sort of just going from month to month… but take a step back as much as you're able, think a little bit longer term because the decisions that you make in the short term will, you know, will have a bearing on where you all six months from now."

Overall it's important to keep in mind that you have some control and choices in the path forward, and not to be pressured into decisions, Hoyes said.

"Remember that you're the boss. You're the one who should be setting the agenda. Don't be letting anybody else push you around."