TORONTO — An ambitious plan for a high-tech neighbourhood on Toronto's waterfront has been shelved after Google affiliate Sidewalk Labs walked away from the project, citing "unprecedented economic uncertainty.
May 7, 2020 3:19 PM By: Canadian Press 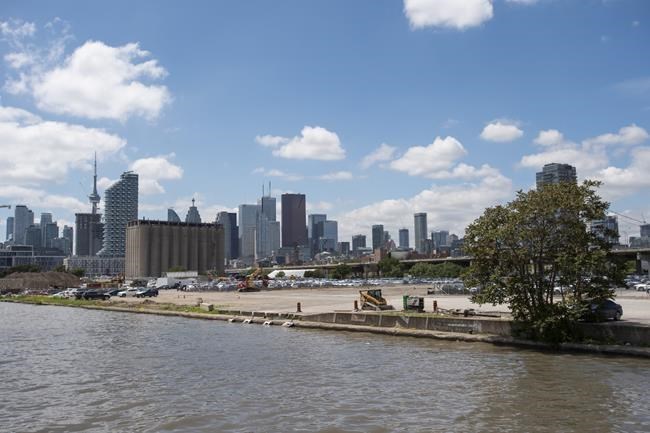 TORONTO — An ambitious plan for a high-tech neighbourhood on Toronto's waterfront has been shelved after Google affiliate Sidewalk Labs walked away from the project, citing "unprecedented economic uncertainty."

Sidewalk Labs said Thursday that it is abandoning its controversial smart city plans that had envisioned a state-of-the-art neighbourhood on a derelict parcel of land and drawn the ire of those concerned with the privacy implications of living or moving through an area that is under constant surveillance.

"As unprecedented economic uncertainty has set in around the world and in the Toronto real estate market, it has become too difficult to make the 12-acre (nearly five-hectare) project financially viable without sacrificing core parts of the plan we had developed," Sidewalk CEO Dan Doctoroff said in a letter posted online that announced the news.

Doctoroff had informed Waterfront Toronto, a tripartite agency in the process of deciding whether to allow Sidewalk to pursue the plan, on Wednesday.

"While this is not the outcome we had hoped for, Waterfront Toronto offers thanks...to Sidewalk Labs for its vision, effort, and the many commitments that both the company and its employees have made to the future of Toronto," Waterfront chairman Stephen Diamond said in a statement.

Sidewalk won the right from Waterfront in 2017 to develop a proposal for the swath of lakefront land, dubbed Quayside, in an underdeveloped corner of the city.

Critics complained about a U.S. company getting its hands on prime land that could be developed by homegrown enterprises. They also worried about what would happen with data collected from a myriad of sensors and devices throughout the neighbourhood.

The company, which showed off prototypes of the rain coats and illuminated sidewalks at its office that employed 30 people, claimed the project would create 44,000 jobs, generate $4.3 billion in annual tax revenues and add $14.2 billion annually in gross domestic product for Canada.

Diamond and Waterfront weren't happy. By October, they convinced Sidewalk and Doctoroff to scale back and refine their approach to five hectares.

Sidewalk also agreed to store and process data collected from the project in Canada, pay fair market value for the land at the time of sale, team up with one or more real estate partners and allow Canadian companies to use Sidewalk's hardware and software patents.

If the smaller project was successful, Waterfront said Sidewalk could seek to develop more land, but a formal process would need to take place.

Since that October decision, Waterfront had been weighing Sidewalk's proposal and was meant to decide in March whether the project should move forward. COVID-19 pushed that decision back to May and even if Waterfront had given Sidewalk a green light, municipal, provincial and federal approvals would have been needed.

"This is a major victory for the responsible citizens who fought to protect Canada's democracy, civil and digital rights, as well as the economic development opportunity," said Jim Balsillie, co-founder of Research in Motion and a vocal critic of the project.

"Sidewalk Toronto will go down in history as one of the more disturbing planned experiments in surveillance capitalism and I hope Canadian policy-makers will reconsider how we build Canada in the 21st Century knowledge-based and data-driven economy.”

Michael Geist, a University of Ottawa law professor who chaired a panel providing Waterfront feedback on digital issues and the Sidewalk proposal, said it was long clear that the project was not a done deal, but he was nonetheless surprised by its abrupt end.

"From where I was sitting on the advisory panel, you'd see claims being made that the fix was in or that this was sure to happen and everything that I was seeing was really contrary to that," he said.

"There was a real possibility that the project wouldn't go forward and that was always lingering in the background, but at the same time you always think they came this far, won't they find a way to bridge. I guess ultimately they didn't."

He was hopeful that the proposal had taught the city about what it will take to deal with emerging technologies and to question whether we have sufficient frameworks to address concerns with smart cities.

A spokesperson did not respond to a request for an interview with Doctoroff about his company's departure from project, but Sidewalk still has ties to Canada.

Though Google has backed away from multiple U.S. real estate plans in recent weeks, the company told The Canadian Press it still intends to build new offices in Toronto, Montreal and Waterloo.

Without its tech giant partner and amid the pandemic, Waterfront still seems to want to revitalize the land Sidewalk was proposing development on.

"Quayside remains an excellent opportunity to explore innovative solutions for affordable housing, improved mobility, climate change, and several other pressing urban challenges that Toronto — and cities around the world — must address in order to continue to grow and succeed," Diamond said in his statement.

Toronto Mayor John Tory echoed those sentiments, saying the decision had not changed his mind about there being a "tremendous" opportunity to develop the area.

"I am extremely confident there are partners eager to undertake this endeavour," he said in a statement.

"Our goal remains to ultimately build a neighbourhood focused on innovation in Quayside that will be the envy of cities around the world and a beacon for the future."