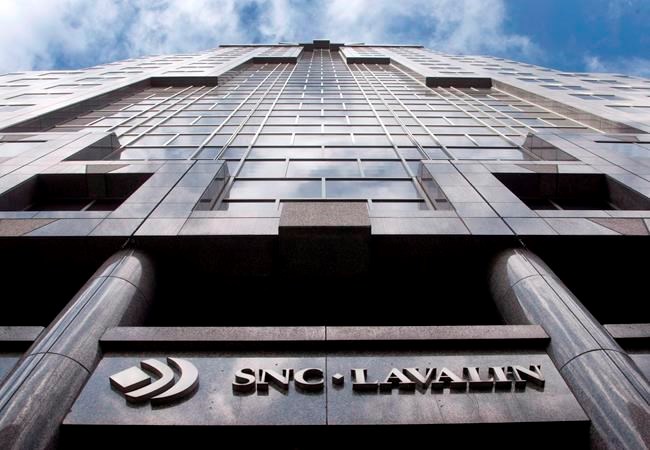 SNC-Lavalin Group Inc.'s stock fell nearly 10 per cent Friday after the engineering services company reported disappointing quarterly results hurt by an unexpectedly expensive arbitration decision and COVID-19's impact on productivity at some of its projects.

The Montreal-based company's largest source of revenue, engineering services, was profitable during the quarter, as was its capital investment division. But SNC's project management division lost money resulting in an overall third-quarter loss of $85.1 million.

Desjardins analyst Benoit Poirier said in a research note before the market close that there would be investor disappointment over continued losses from "lump-sum turnkey" projects — an area SNC has been actively winding down since last year.

SNC was hit by a $57.9-million arbitration expense related to one such project that was completed years ago, and by COVID-19's impact on some current projects.

Ian Edwards, SNC's president and CEO, told analysts on a quarterly conference call that the binding arbitration loss was more costly than its internal and external expert estimates.

He said SNC is doing a review of remaining legacy cases but it believes it has an appropriate process for assessing litigation risks.

Edwards said the company is also getting greater clarity about how the pandemic is affecting productivity at its current projects.

"We're now seeing industry productivity impacts of between 10 (per cent) and 25 per cent, depending on the project and the activities involved," Edwards said.

In answer to an analyst's questions, Edwards said there are provisions in its contracts to recover extra costs, but each of the contracts is different.

"In the fullness of time, we would expect to recover the loss that's specific to COVID, and we will pursue that," Edwards said.

On a positive note, Edwards said, the services side of the business performed better than expected as a result of ongoing efforts to "right-size" the company through divestments, reduced overhead and better execution.

SNC's third-quarter amounted to 48 cents per diluted share. The per-share loss included 15 cents of profit from its capital investments, which partly offset a loss from its main business.

In 2019, SNC had a third-quarter profit of $2.76 billion, which included $15.04 per share from capital investments and 67 cents of profit from operations.

In its outlook, SNC says that — assuming no significant change to the current COVID-19 situation — it expects engineering services revenue for the fourth quarter will be down by a low- to mid-single-digit percentage compared with the fourth quarter of last year.

This report by The Canadian Press was first published Oct. 30, 2020.

Companies in this story: (TSX:SNC)

CannTrust relaunches two brands following illegal cultivation, CCAA filing
Dec 2, 2020 1:54 PM
Comments
We welcome your feedback and encourage you to share your thoughts. We ask that you be respectful of others and their points of view, refrain from personal attacks and stay on topic. To learn about our commenting policies and how we moderate, please read our Community Guidelines.