US consumer borrowing fell for first time since 2011

WASHINGTON — U.S. consumer borrowing fell in March for the first time in more than eight years, with the category covering credit cards dropping by the largest amount in over three decades, the Federal Reserve reported Thursday.
May 7, 2020 4:18 PM By: Canadian Press 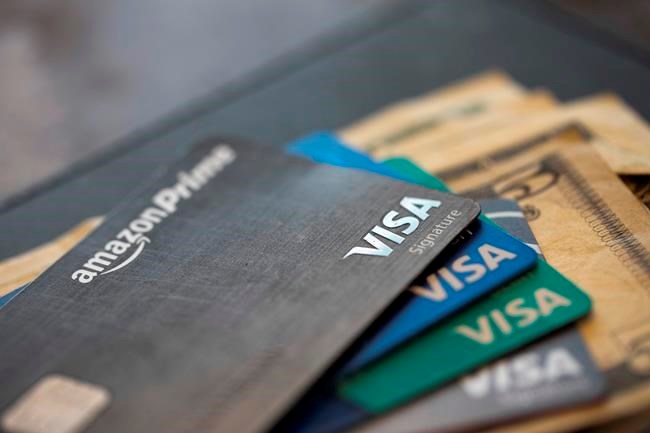 WASHINGTON — U.S. consumer borrowing fell in March for the first time in more than eight years, with the category covering credit cards dropping by the largest amount in over three decades, the Federal Reserve reported Thursday.

The Fed's report is the latest sign of how the coronavirus pandemic is disrupting the U.S. economy.

Consumer borrowing declined by $12 billion in March, the first time overall debt has fallen since August 2011, according to the central bank. The decline in percentage terms was 3.4%.

Borrowing in the category that covers credit cards dropped by $28.2 billion or 30.9%, the biggest percentage decline since January 1989.

Borrowing in the category that covers auto loans and student loans was up $16.1 billion or 6.2%.

Changes in consumer credit are closely watched for signals about how willing households are to take on more debt to finance their spending, which accounts for 70% of economic activity.

Economists believe that, given the millions of lost jobs and the steep drop in economic activity due to the efforts to contain the virus, there will be more weakness in consumer spending in coming months.

Economists are forecasting an even worse outcome in the current quarter with the expectation that overall gross domestic product will drop by a record breaking 40%.

The $12 billion decline in consumer credit left the total at $4.21 trillion. The Fed's monthly consumer credit does not include home mortgages or any other loans secured with real estate such as home equity loans.