Walmart sues US in pre-emptive strike in opioid abuse battle

NEW YORK — Walmart is suing the U.S. government in a pre-emptive strike in the battle over its responsibility in the opioid abuse crisis.
Oct 22, 2020 7:46 PM By: Canadian Press 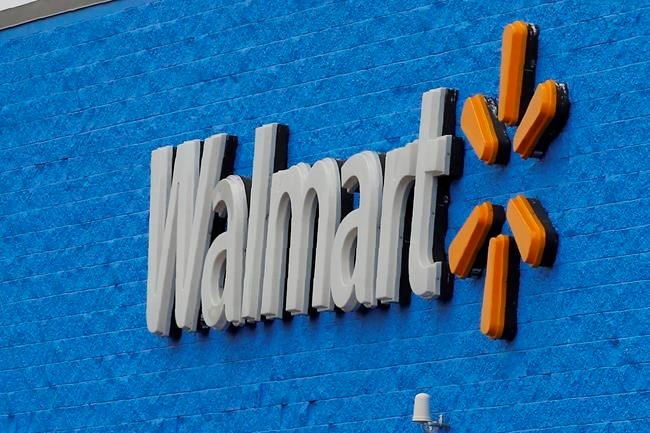 NEW YORK — Walmart is suing the U.S. government in a pre-emptive strike in the battle over its responsibility in the opioid abuse crisis.

The government is expected to take civil action against the world's largest retailer, seeking big financial penalties, for the role its pharmacies may have played in the crisis by filling opioid prescriptions.

But on Thursday, Walmart filed a lawsuit saying that the Justice Department and the Drug Enforcement Administration are blaming the company for the government's own lack of regulatory and enforcement policies to stem the crisis.

Walmart says it is seeking a declaration from a federal judge that the government has no lawful basis for seeking civil damages from the company. It is also seeking to clarify its legal rights and duties under the Controlled Substance Act.

Walmart operates more than 5,000 pharmacies in its stores around the country.

“Walmart and its pharmacists find themselves in an untenable position,” the company based in Bentonville, Arkansas, says in the lawsuit filed in the U.S. District Court in the Eastern District of Texas. “Under defendants’ sweeping view, Walmart and its pharmacists may be held liable — perhaps even criminally — for failing to second-guess DEA-registered doctors and refuse their prescriptions. But if pharmacists do so, they may face the wrath of state medical boards, the medical community at large, individual doctors, and patients.”

The lawsuit names the Justice Department and Attorney General William Barr as defendants. It also names the DEA and its acting administrator, Timothy Shea.

In the suit, Walmart describes a government probe of the company that began in December 2016 and calls it a “misguided criminal investigation" conducted by the U.S. Attorney's office for the Eastern District of Texas. Walmart says it fully with the probe.

In the spring of 2018, the office advised that it intended to indict the company. In August 2018, Walmart said that officials at the Department of Justice recognized that there was no plausible basis for a criminal indictment, and the department formally declined to prosecute Walmart. But the civil investigation continued.

The initial investigation was a subject of a story in ProPublica published in March. ProPublica reported that Joe Brown, then U.S. attorney for the Eastern District of Texas office, spent years pursuing a criminal case against Walmart for its opioid prescription practices, only to have it stymied after the retail giant’s lawyers appealed to senior officials in the Justice Department.

Two months later, Brown resigned. He didn't give a reason for his departure except to say he would be “pursuing opportunities in the private and public sectors” and “some of those will become apparent in the coming days. Brown went into private practice in the Dallas area

Ontarians should celebrate holidays with own household only: government
Nov 25, 2020 1:56 PM
Penguin to buy Simon & Schuster, create publishing giant
Nov 25, 2020 1:33 PM
The pandemic is changing Hollywood, maybe forever
Nov 25, 2020 1:25 PM
Comments
We welcome your feedback and encourage you to share your thoughts. We ask that you be respectful of others and their points of view, refrain from personal attacks and stay on topic. To learn about our commenting policies and how we moderate, please read our Community Guidelines.