OTTAWA — Statistics Canada says Canadians have been spending more time and money online since the beginning of the COVID-19 pandemic.
Oct 14, 2020 4:39 PM By: Canadian Press 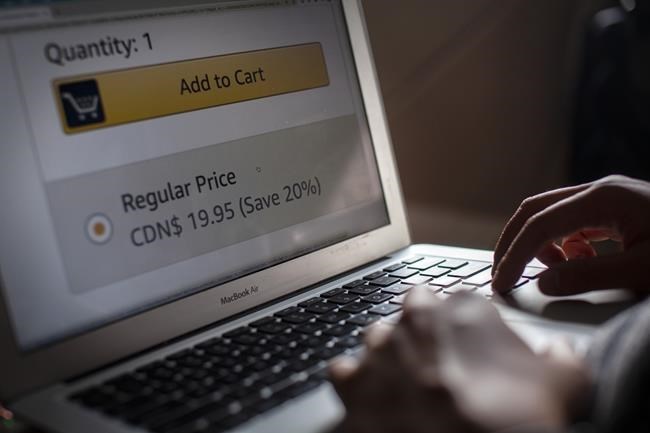 OTTAWA — Statistics Canada says Canadians have been spending more time and money online since the beginning of the COVID-19 pandemic.

The agency found in a survey conducted last month that 44 per cent of Canadians had spent more money online on technology including computers, laptops and tablets, and 42 per cent spent more on video streaming services.

The survey found that 34 of Canadians also spent more on their home and mobile internet connections to maximize the use of this technology.

Analyst Christopher Collins said the survey is trying to capture the social impacts of the pandemic.

The agency found that overall 41 per cent of Canadians spent more time on social media and messaging services but the percentage differs among age groups.

"The younger the age group, the greater proportion they reported in the increase in usage," Collins said.

Canadians also faced cybersecurity worries while spending more time online. The agency found 42 per cent of Canadians said they had experienced at least one type of cybersecurity incident since the beginning of the pandemic, including phishing attacks, malware attacks, fraud attempts and hacked accounts. The agency defines phishing attacks as a specific type of spam targeting individuals with the intent of defrauding them.

The survey also found that 34 per cent of Canadians say they've received phishing attacks and 14 per cent reported at least one attack related to COVID-19 test results, a potential cure for the virus, or the Canada Emergency Response Benefit.

A Statistics Canada survey from 2018 found that 48 per cent of respondents had received a fraudulent message, including phishing attempts, over the previous year.

"I would like to stress that the results from these are not exactly comparable," Collins says. "(That's) not only because of the wording difference, but also for the (difference in) duration in which respondents could have experienced an incident."

The new survey found that younger Canadians increased certain precautions online. It found that 75 per cent of those aged 15 to 34 reported increasing or maintaining their use of multi-factor authentication, and 47 per cent maintained or increased their purchases of new or additional security software. Only 28 per cent of seniors did.

Many Canadians have found themselves helping others navigate new technology during the pandemic. The survey found that younger Canadians are most likely to provide assistance to others, with almost two-thirds of those aged 15 and 49 helping someone with digital technologies.

About 12 per cent of Canadians helped young children under the age of 11 navigate digital technologies, while 23 per cent helped someone over of 65.

This report by The Canadian Press was first published Oct. 14, 2020.

------
This story was produced with the financial assistance of the Facebook and Canadian Press News Fellowship.

B.C. casino didn't always fulfil reporting rules for cash buy-ins, inquiry hears
Oct 30, 2020 8:27 PM
The latest numbers on COVID-19 in Canada for Friday Oct. 30, 2020
Oct 30, 2020 6:57 PM
Comments
We welcome your feedback and encourage you to share your thoughts. We ask that you be respectful of others and their points of view, refrain from personal attacks and stay on topic. To learn about our commenting policies and how we moderate, please read our Community Guidelines.