As Lorin MacDonald watched the COVID-19 pandemic transform the world around her, she avidly hoped attitudes towards her and her fellow deaf and hard-of-hearing Canadians would undergo a similar shift.
May 27, 2020 5:09 PM By: Canadian Press 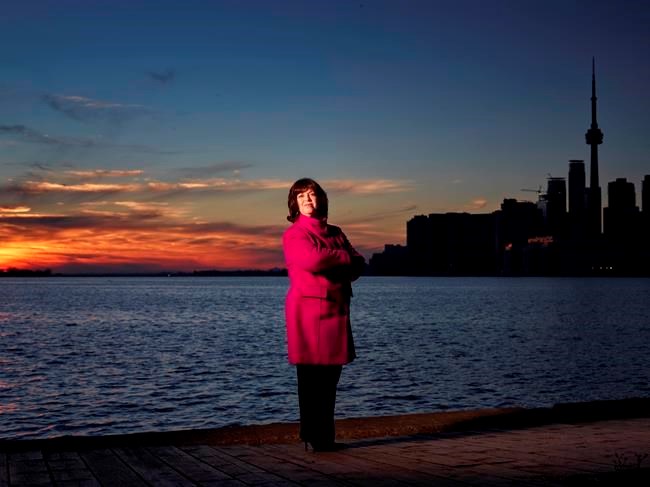 As Lorin MacDonald watched the COVID-19 pandemic transform the world around her, she avidly hoped attitudes towards her and her fellow deaf and hard-of-hearing Canadians would undergo a similar shift.

But hope has given way to frustration in the months since the global outbreak reached Canada as she's faced a growing list of barriers to a host of every-day tasks.

The Toronto lawyer, who depends in part on lip-reading to communicate, now finds herself increasingly shut out of conversations as the widespread adoption of opaque masks takes hold across society.

Deliveries of key supplies get sent back to the warehouse after knocks on her door go unheard and unheeded. And the overall shift to virtual meetings and social gatherings leaves her on the sidelines, since much of the technology used to navigate the "new normal" doesn't allow for real-time captioning or full participation for someone living with hearing loss.

"Suddenly, the minor inconveniences became major as everything shifted, and in ways I never anticipated would affect me so deeply," MacDonald said. "The toll exacted was hard to bear."

MacDonald said it's been disheartening to watch pre-existing barriers facing the hearing loss community get exacerbated rather than addressed, a sentiment increasingly expressed by disabled advocates around the world.

Earlier this month, the United Nations called on international governments to pay more attention to the impact the novel coronavirus is having on people with disabilities, calling them among the hardest-hit by the pandemic.

But those calls are not translating into action or empathy, according to many in the hearing-loss community.

MacDonald said explanations of her hearing loss and requests for store employees to lift their masks for easier lip-reading are often met with either outright refusal or a dismissive wave.

Wissam Constantin, who is deaf and uses sign language to communicate, has had comparable experiences.

While he recognizes that displacing masks can cause anxiety for all, he said the ability to read facial expressions is a fundamental and often overlooked aspect of sign language.

Losing that crucial connection coupled with public health measures that keep the public in limited bubbles, he said, deepens a sense of isolation for a community that's already pushed to the margins.

"Most Deaf children, teens, and adults rely on the Deaf community for their needs, including socialization and linguistic exposure," said Constantin, an executive with the Canadian Association of the Deaf. "This extended period of time at home is leading to more isolation which is having untold effects, especially on Deaf youth whose families may or may not sign. Their education and their mental health will most certainly be negatively impacted because of this."

Isolation is also a concern for Steven Estey, national co-ordinator for the Council of Canadians with Disabilities who was deafened later in life.

He said sign language interpretation and intervenor services for the deafblind have been largely scaled back across the country as COVID-19 forced reduction of services across the board.

The widespread shift towards virtual meetings and other technology-based gatherings, furthermore, is ill-suited to the needs of a demographic that relies on quality captioning or live interpretation in order to participate in real-time.

Estey said a surge of optimism he felt early on in the outbreak as he watched governments incorporate sign language interpretation into their public health briefings has receded entirely as the issues of most disabled Canadians, the deaf included, appear to have fallen off the radar.

"It's an indication of just how far removed people with disabilities are from the mainstream public consciousness in this country," he said.

Estey said governments must be more proactive in the post-COVID-19 era to support sign language interpretations in a variety of settings, particularly medical appointments and hospital environments.

MacDonald said she hopes to see communication become a stronger focus across the board, calling on everyone from companies to event planners to include high-quality captioning in their growing number of web-based events.

She said autogenerated captions typically only have 70 to 80 per cent accuracy and dismisses arguments suggesting such solutions should be acceptable on the rounds that they're better than nothing.

"Now that events are moving to virtual spaces out of necessity, communication accessibility must be addressed. To ignore that is akin to hosting your event in a physically inaccessible space," she said. "... If you do not intentionally include, you unintentionally exclude."

This report by The Canadian Press was first published May 27, 2020.

Man accused in Rideau Hall crash had rifle, shotguns, high-capacity magazine: RCMP
Jul 6, 2020 1:24 PM
Comments
We welcome your feedback and encourage you to share your thoughts. We ask that you be respectful of others and their points of view, refrain from personal attacks and stay on topic. To learn about our commenting policies and how we moderate, please read our Community Guidelines.