OTTAWA — An Ontario nuclear power company is getting $20 million from Ottawa to try to get its new small modular reactor in line with Canada's safety regulations. The grant to Terrestrial Energy in Oakville, Ont.
Oct 15, 2020 7:27 PM By: Canadian Press 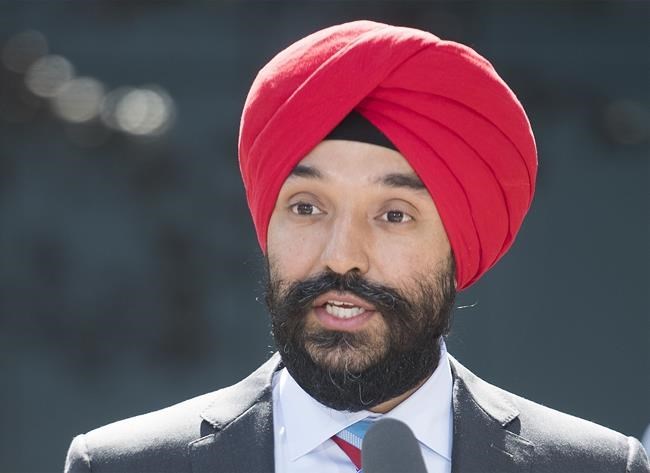 OTTAWA — An Ontario nuclear power company is getting $20 million from Ottawa to try to get its new small modular reactor in line with Canada's safety regulations.

The grant to Terrestrial Energy in Oakville, Ont., is the first investment Canada has made in small modular reactors, or SMRs. It comes just weeks before Natural Resources Minister Seamus O'Regan expects to produce a "road map" to show how the emerging technology will be used to help get Canada to its climate change goals.

"Just last week, the International Energy Agency released a landmark report showing that achieving our target of net-zero emissions without nuclear energy will take a lot longer, with a great risk of failure," he said.

Canada has promised to cut its greenhouse gas emissions by almost one-third in the next 10 years, and then to net-zero by 2050, so any emissions still produced are captured by nature or technology.

About one-fifth of Canada's electricity still comes from fossil fuels, including natural gas and coal.

Nuclear generators produce no greenhouse gas emissions. They currently make up 15 per cent of Canada's energy mix overall, but only Ontario and New Brunswick use nuclear reactors for electricity.

Those CANDU reactors are big and expensive, while SMRs are pitched as smaller and more versatile, and can be shipped to remote locations where electricity grids don't currently reach.

SMRs are still in the developmental stage, with about a dozen companies in Canada trying to be the first to the finish line.

Innovation Minister Navdeep Bains, whose department is providing the $20-million grant through its strategic innovation fund, said they are an emerging technology with high growth potential.

"Without a doubt one of our most promising solutions to fight climate change and promote clean energy has three letters — SMR," he said.

Bains says the money will help the company complete a pre-licensing process with the Canadian Nuclear Safety Commission.

This process occurs before the company applies for a licence so that it can work to meet the commission's requirements in the development phase. Terrestrial has been working with the commission for nearly two years and is also undergoing a similar process with the United States Nuclear Regulatory Commission.

Terrestrial has offices in Oakville and Connecticut.

The company hopes its first nuclear reactor will be producing power before the end of the decade.

Not everyone is as convinced as O'Regan and Bains that nuclear is the answer to Canada's climate change dreams.

Eva Schacherl, who helped found the Coalition Against Nuclear Dumps on the Ottawa River, said nuclear waste is a big concern, and fears investments in SMRs are going to take money away from cleaner, already proven technologies like wind, solar and tidal power.

"It will distract our attention and resources," she said.

Plus, she said, Canada already has enough nuclear waste to fill more than 1,000 Olympic-sized swimming pools.

"We really don't need to create more," she said.

O'Regan said nuclear will not displace other sources of clean power.

This report by The Canadian Press was first published Oct. 15, 2020.

New Democrats turn minority into majority in British Columbia election
Oct 25, 2020 1:25 AM
The latest on the British Columbia election
Oct 25, 2020 12:59 AM
Canadian Press NewsAlert: Green Leader Sonia Furstenau wins her B.C. seat
Oct 25, 2020 12:57 AM
Comments
We welcome your feedback and encourage you to share your thoughts. We ask that you be respectful of others and their points of view, refrain from personal attacks and stay on topic. To learn about our commenting policies and how we moderate, please read our Community Guidelines.