Liberal Leader Justin Trudeau defended his campaign's use of a second plane.
Oct 3, 2019 9:06 AM By: Canadian Press 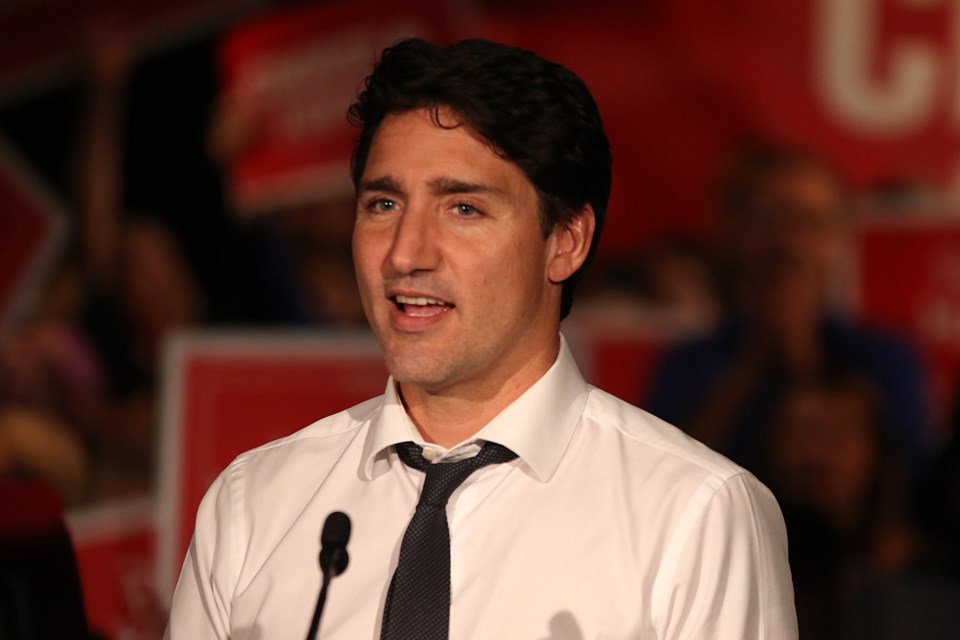 Liberal Leader Justin Trudeau defended his campaign's use of a second plane to ferry cargo after his Conservative opponent Andrew Scheer criticized him for the extra air transport during Wednesday's French-language leaders' debate.

Scheer also ridiculed the use of the extra plane in a post-debate press conference, calling Trudeau a hypocrite on climate change.

The Liberal campaign immediately acknowledged the second plane after Scheer raised it during the TVA debate, reminding reporters in an email that the party used two planes in the 2015 campaign as well.

Scheer talked about the second plane during the section of the debate that focused on climate change.

Trudeau said after the debate the cargo plane allows the party ``to do more events in more parts of the country and meet more Canadians.''

The Liberals bought carbon offsets to mitigate the emissions of the two planes and their campaign buses, both this year and in 2015, he said.

``I will highlight that Andrew Scheer and his Conservatives did not purchase carbon offsets for their transportation because they think pollution should be free,'' he said.

Buying a carbon offset means making a payment toward a project that reduces greenhouse-gas emissions or pulls such gases out of the atmosphere.

Scheer deflected a question after the debate about whether the Conservatives were paying for carbon offsets for their travel.

``Look, I don't understand why he needs two planes. We've got the one. We have lots of space for luggage and equipment,'' he said.

``I don't know what types of props or costumes or camping equipment he's bringing along with him, but he's made his choice and he thinks it's OK to emit far more emissions than our campaign is emitting.''

Scheer said Trudeau is too quick to give ``lessons and lectures and sermons about how everyone else should live their lives and when it comes to his own personal behaviour, he's a complete hypocrite.''

Trudeau has positioned the fight against climate change as the core issue of the campaign and repeatedly criticized Scheer for being a laggard. He has announced a series of environmental-protection measures and has pledged to exceed Canada's 2030 emissions target under the Paris accord and make Canada carbon neutral by 2050.

Achieving either goal will require more action to cut greenhouse-gas emissions than Canada's current policies are expected to achieve.

Scheer has proposed a two-year tax credit for energy-saving home renovations that he says will help make Canadian homes more environmentally friendly. He says it could save Canadian families up to $3,800 per year.

This report by The Canadian Press was first published Oct. 2, 2019.

First glimpse of Canada's true COVID-19 infection rate expected mid-July
Jul 5, 2020 6:10 AM
A look at how provinces plan to emerge from the COVID-19 shutdown
Jul 5, 2020 4:04 AM
The latest numbers on COVID-19 in Canada for Sunday, July 5
Jul 5, 2020 4:00 AM
Comments
We welcome your feedback and encourage you to share your thoughts. We ask that you be respectful of others and their points of view, refrain from personal attacks and stay on topic. To learn about our commenting policies and how we moderate, please read our Community Guidelines.