OTTAWA — The Supreme Court of Canada has agreed to hear a case involving the fine imposed on one of the ringleaders of a massive maple syrup heist.
Sep 24, 2020 1:16 PM By: Canadian Press 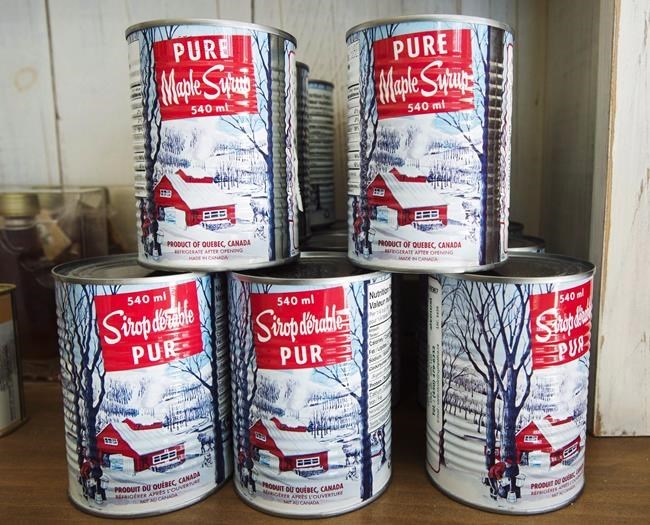 OTTAWA — The Supreme Court of Canada has agreed to hear a case involving the fine imposed on one of the ringleaders of a massive maple syrup heist.

Richard Vallieres was found guilty of fraud, trafficking in stolen goods and theft after more than 9,500 barrels of maple syrup, valued at $18 million, were stolen from a Quebec warehouse in 2011 and 2012.

Vallieres was initially ordered to pay $10 million in fines and compensation within 10 years because the stolen goods couldn't be recovered.

The Quebec Court of Appeal later ruled that was excessive and lowered the fine to $1 million.

Quebec prosecutors appealed that decision to the Supreme Court, which today agreed to hear the case.

More than 20 people were arrested in connection with the theft, and searches were conducted in Quebec, New Brunswick, Ontario and the United States.

Three people, including Vallieres, were found guilty. Vallieres was sentenced to eight years in prison in 2017 but his sentence was to be extended if the fine wasn't paid.

This report by The Canadian Press was first published Sept. 24, 2020

This story was produced with the financial assistance of the Facebook and Canadian Press News Fellowship.

Search resumes for N.L. man missing in B.C. after help sought from prime minister
Oct 22, 2020 7:03 PM
The latest news on COVID-19 developments in Canada
Oct 22, 2020 6:31 PM
Comments
We welcome your feedback and encourage you to share your thoughts. We ask that you be respectful of others and their points of view, refrain from personal attacks and stay on topic. To learn about our commenting policies and how we moderate, please read our Community Guidelines.