Arrest made after multiple sexual assaults in Hunt Club area 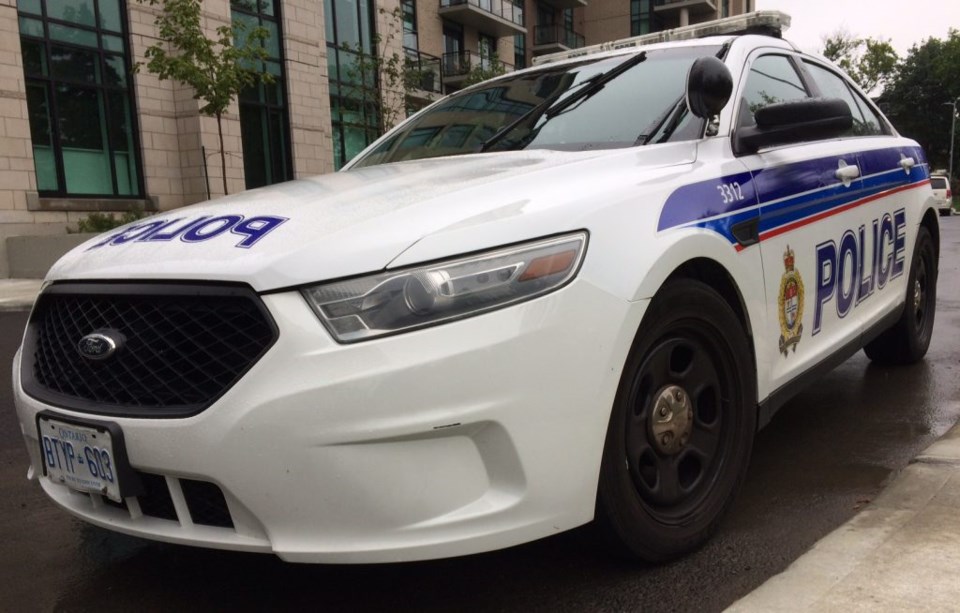 An Ottawa Police cruiser sits outside of an apartment on Range Rd., August 18, 2017. (Photo/ Mike Vlasveld)

A 26-year-old man is facing a number of charges in relation to sexual assaults in the area of Conroy Road at Hunt Club Road.

A man had been approaching women, ranging in age from 18 to 60+, sexually touching them and using language of a sexual nature. None of the victims knew the suspect.

Investigators arrested and charged Barkley Hilaire, 26, of Ottawa, on Saturday, October 5. He is facing the following charges:

Investigators are concerned that there could be other victims that have not reported similar incidents.

Anyone who may have been a victim or a witness to these incidents is asked to contact the Ottawa Police Service East Criminal Investigations at 613 236-1222 ext. 3566. Anonymous tips can be submitted by calling Crime Stoppers toll-free at 1-800-222-8477 or at crimestoppers.ca.