No other details are being released by police regarding their investigation.
Dec 3, 2019 10:08 AM By: Mike Vlasveld 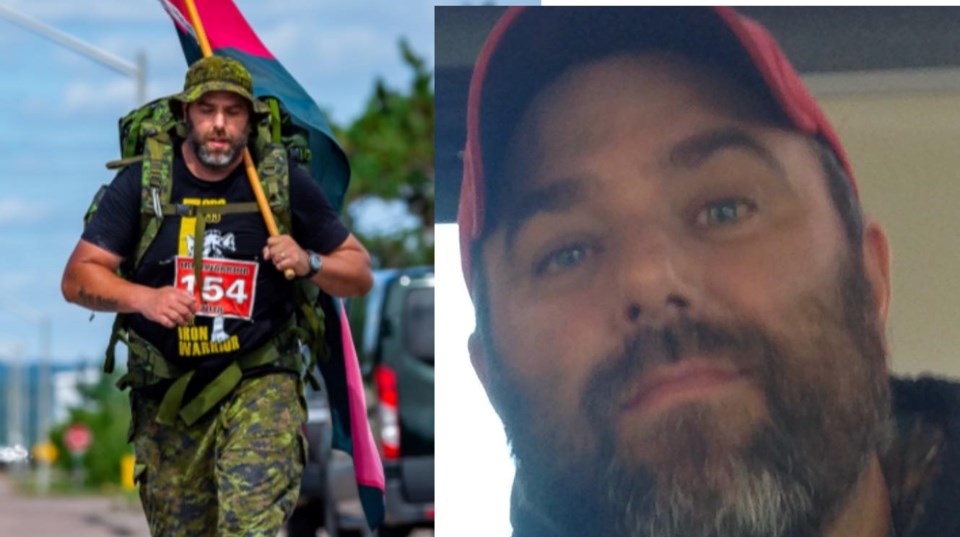 The Ontario Provincial Police says Cpl. Sean Michael Parker has been found, and local military group The Brockville Rifles are confirming his death.

Parker had been missing since November 27.

"It is with a heavy heart that we post the loss of one or our own. Cpl Sean Michael Parker was found yesterday, December 1st having been missing since November 27th. Unfortunately it was not the outcome we were hoping for. Cpl Parker was know as the gentle giant, a big man with an even bigger heart. He loved his family deeply, and was a proud member of The Brockville Rifles for the past 8 years.

Cpl Parker was an accomplished soldier. In 2017 he volunteered for Operation Lentus, which was the relief effort when many areas in Ottawa were flooding from the spring runoffs. That same year Cpl Parker was selected among his peers to represent the Junior Ranks of the Brockville Rifles at the 100th anniversary of Vimy Ridge.

In 2018 he completed the Iron Warrior competition; a grueling 50 km competition that included a forced march, canoe portage, canoeing down the Ottawa River and finishing with a second forced march. He completed it in a respectable 8 hours. Also in 2018, he distinguished himself at the scene of an accident by securing the area and assisting with the wounded, this resulted in Sean receiving a commendation from the 33 Canadian Brigade Group Commander.

The Brockville Rifles would like to take this opportunity to thank its members, along with members of other units, family and friends for their diligent search efforts. 50 plus volunteers came out to assist with the search. With our drive and determination we accomplished what we had set out to do in just over 4 hours. We wish only that Sean has found peace, and that in time his entire family will heal from this most heartfelt loss.

Cpl Parker loved sports and competition, he will be truly missed by his family, his Regimental Family and those who came to know him.

Stand down soldier your duty is done and you may now Rest in Peace.