More than 850 firearms found in Heron Gate home, all registered 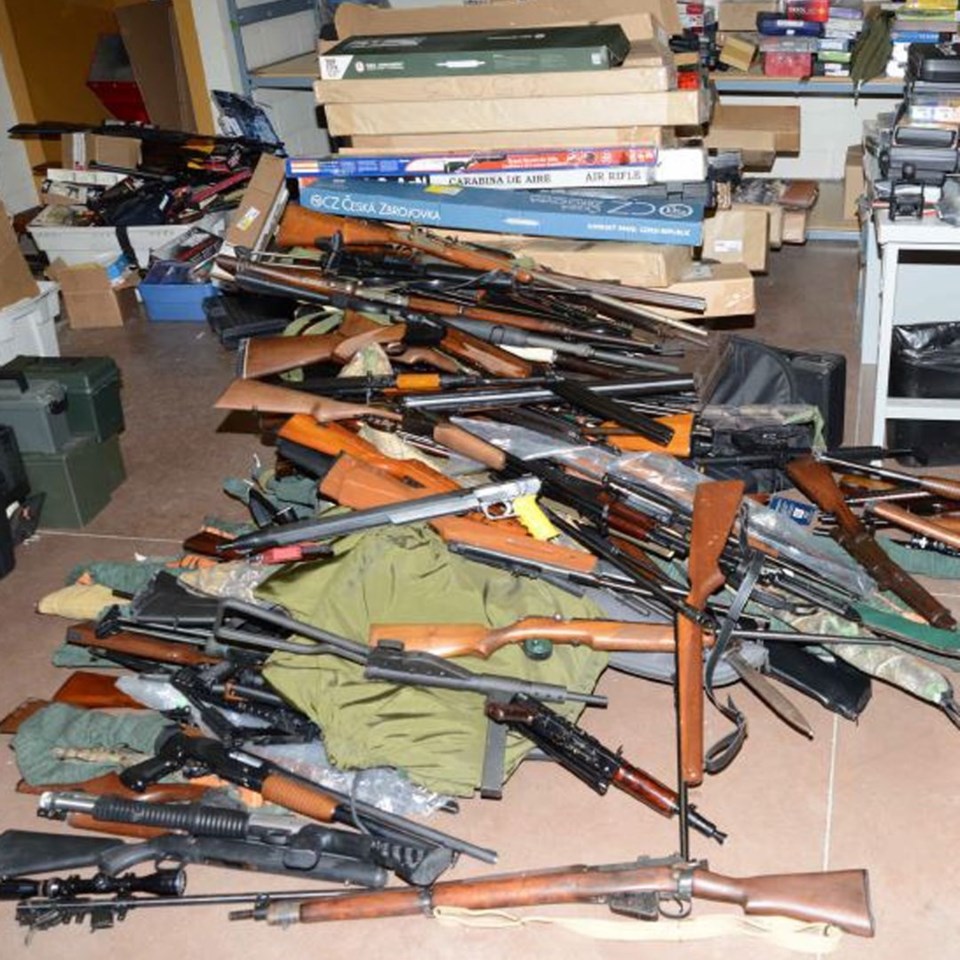 The Ottawa Police Service has uncovered a massive collection of guns inside of a house in the Heron Gate neighbourhood, but say there is no threat to public safety.

A member of the public called police after finding out about the guns back in August, so police visited the home to check out the situation.

Inside the residence, officers found more than 850 firearms, all stored safely. The owner had no issue with the police checking and cataloguing the collection, but it was a tall task.

The weapons, with included rifles, handguns, machine guns and their ammunition, filled five cargo vans. Testing, cataloguing and lodging each firearm then took more than two months of work.

Police say none of the firearms found in the Heron Gate home had been used to commit a crime.

Const. Amy Gagnon noted, the Criminal Code doesn't put a limit on how many guns a private citizen can legally own. She said it's common for police to find collectors who have 200 to 300 guns, but 850 is highly unusual.

OPP asking for help in locating missing Kitchener woman who may be in eastern Ontario area
Oct 30, 2020 8:33 PM