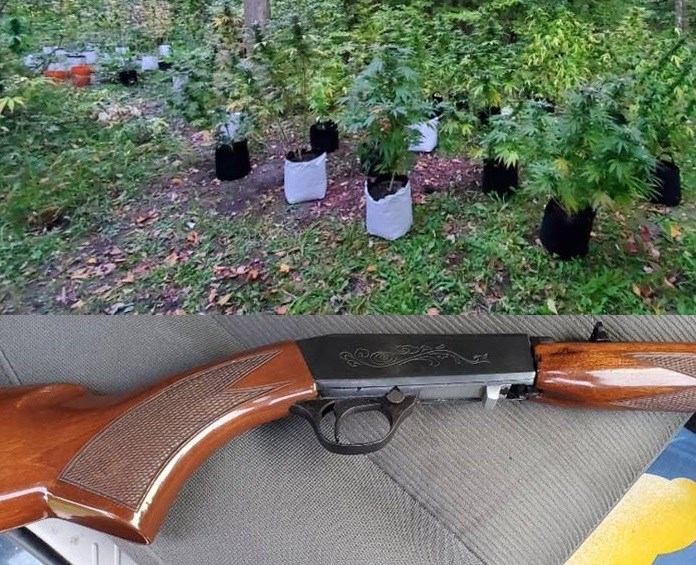 Cannabis plants and a shotgun seized by police on County Road 43 near Winchester, September 23, 2020. Photos/ OPP

A search warrant was executed on County Road 43, west of Winchester, on Wednesday, September 23.

In addition to the marijuana plants and gun, officers also seized some processed cannabis and cannabis shake.

Robert Hunter, of North Dundas Township, has been charged with:

In addition, the individual is charged under section 12(4)(b) of the Cannabis Act with Cultivate, propagate or harvest more than four cannabis plants.

The accused persons was released on an undertaking is scheduled to attend the Ontario Court of Justice in Morrisburg on December 1.

OPP asking for help in locating missing Kitchener woman who may be in eastern Ontario area
Oct 30, 2020 8:33 PM