No spill or injuries in Kingston train derailment

Authorities are just trying to figure out how to get the cars back on the tracks and get them moving again.
Mar 25, 2020 1:52 PM By: Mike Vlasveld 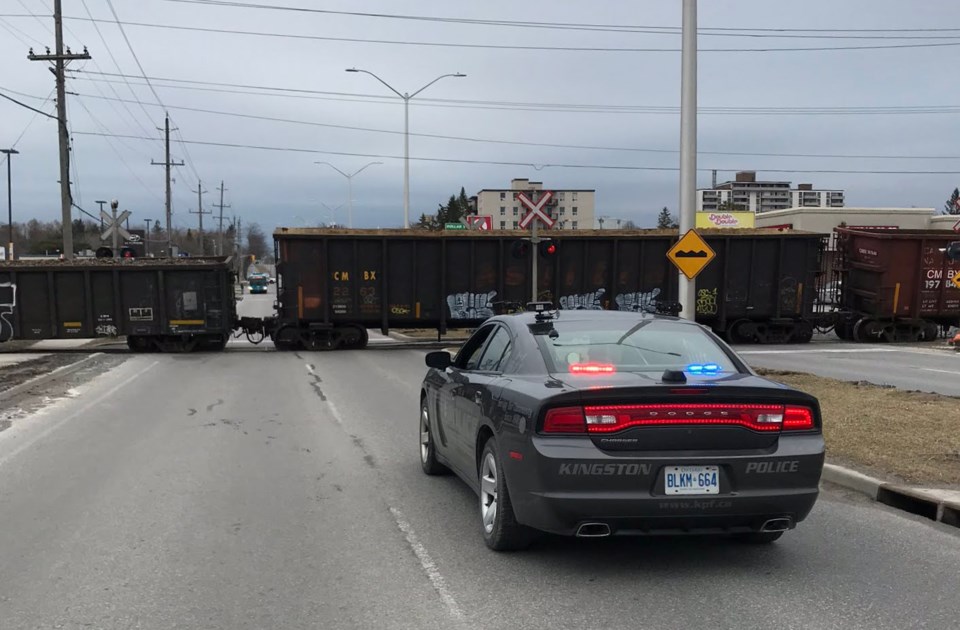 Kingston police are directing traffic around a train which came off the tracks at the Bath Road crossing between Armstrong Road and Queen Mary Road.

The incident happened Wednesday, but police say none of the train's cars overturned, and there are no reports if their integrity being compromised or of any cargo being spilled.

As a result, officers say there is no risk or exposure to the public, and it is simply a traffic issue while authorities assess and try to restore the train's functionality.

A full road closure with posted officers is happening at Armstrong Road to the west and Queen Mary Road to the east. Police say, for preferred traffic flow, barricades will be put in place at Centennial Drive to the west and Portsmouth Avenue to east.

Residents are asked to avoid the area until updates are announced regarding the opening of Bath Road.