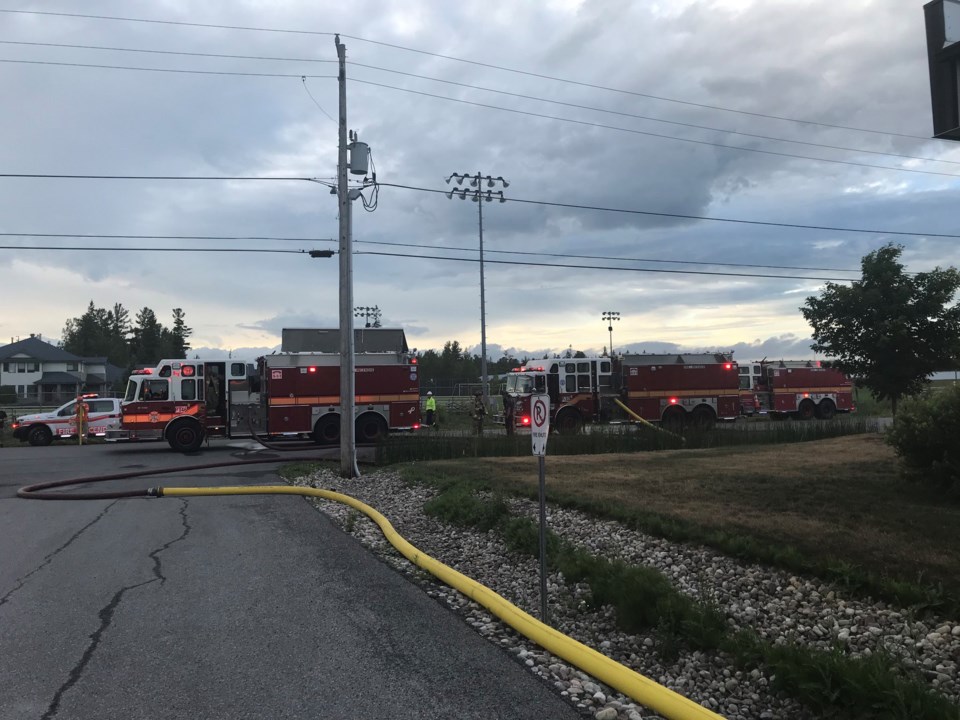 An evening fire had firefighters battling flames at a commercial trucking repair business in Stittsville.

Ottawa Fire Services received a call at about 6:30 p.m. from an employee of the company located at 145 Walgreen Rd., just off of Moonstone Road.

The employee had been notified by an alarm company of a fire alarm and was able to confirm through remote security cameras that there were smoke and flames visible.

When firefighters arrived at about 6:45 p.m., they immediately declared a working fire.

Crews forced entry into the building and were able to extinguish the main body of the fire quickly.

Firefighters continued ventilating for the smoke, checking for extensions and protecting the surrounding areas from water damage.

The cause of the fire is still under investigation.

The monetary damage is also not yet known.

There were no reports of injuries.

An investigator has been sent to the scene.