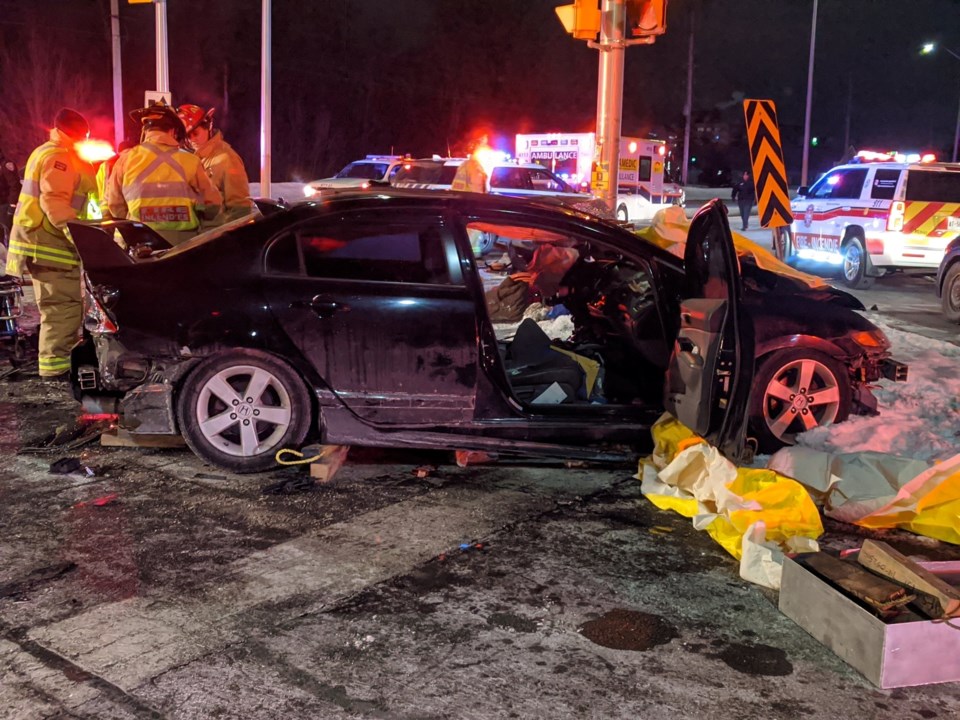 Collision at the corner of Ogilvie Road and and Aviation Parkway on Friday, February 14, 2020. (Photo/Scott Stilborn)

Two people were extricated from a car following a serious four-vehicle crash in the city's east end.

Ottawa Fire Services responded to the call at around 10 p.m. Friday at the intersection of Ogilvie Road and Aviation Parkway.

Two of the vehicles involved were badly damaged and two people were trapped in one of the cars.

Upon arrival, firefighters removed the door of the car, pushed back the dashboard and rescued the two trapped people.

One patient was transported to hospital with a significant leg injury, while another patient sustained leg injuries.