The victim is not being identified until next of kin have been notified.
Jan 8, 2020 11:27 AM By: Mike Vlasveld 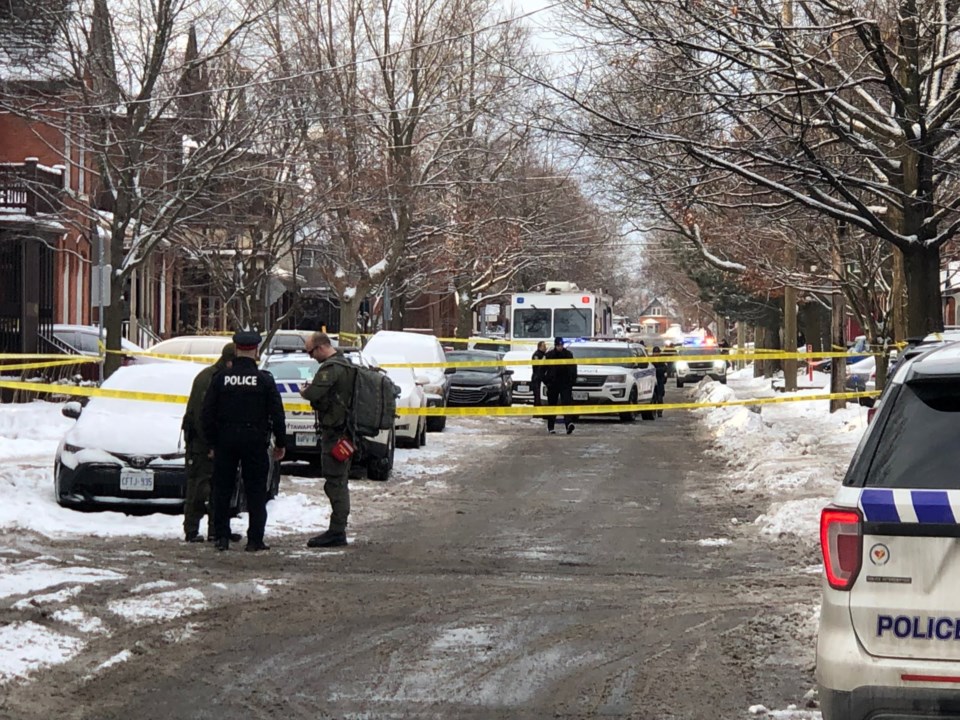 The scene of a shooting on Gilmour Street, January 8, 2020. Chris Kurys/ OttawaMatters.com

The Ottawa Police Service is asking for the public's help in identifying and finding the suspect involved in a targeted shooting in Centretown, which killed one person and sent three others to hospital.

Officers responded to the shooting on Gilmour Street, between Lyon Street and Kent Street, just before 7:30 a.m., Wednesday.

Police say the three people sent to hospital are being treated for serious injuries, one of which is a 15-year-old taken to the Children's Hospital of Eastern Ontario (CHEO).

The victim will not be identified until their next of kin have been notified.

The Gilmour Street property is believed to be frequently used as an Airbnb.

Major Crime investigators have confirmed that there are no national security implications related to this incident, and it is not an active shooter situation.

I have spoken with @JimWatsonOttawa about this morning’s shooting in Ottawa & the ongoing investigation. My heart goes out to everyone affected, and I hope all those injured have a speedy recovery. I’d also like to thank the @OttawaPolice & paramedics for acting so quickly.

Gilmour Street remains closed between Kent Street and Lyon Street while the investigation is ongoing.

Anyone with information regarding this incident is asked to call the Ottawa Police Service Major Crime Unit at 613-236-1222, ext. 5493.