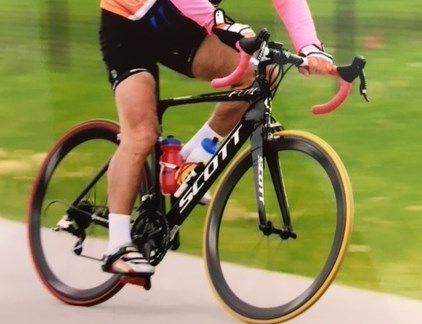 The Ottawa Police Service is partnering with the Ottawa Safety Council and Citizens for Safe Cycling (Bike Ottawa) in an effort to reduce bike thefts in the city.

Together, they launched a local version of the 529 Garage app on Monday, which is designed to send alerts to its registered users any time a bike has been stolen.

"This is a fantastic tool to reduce bike thefts in the city," said OPS bike expert Constable Chuck Benoit. "It's a great way to connect with Ottawa's cycling community and it encourages us to look out for each other. It's also an effective way to help the police recover your bike quickly."

The 529 Garage app functions like a formal bike registry where users can create free profiles and upload images of their bikes. Data from the registry can only be accessed by police officials, and a user can customize what information they release when they send out a missing bike alert (typically a method of preferred contact). That notification will go out to every registered 529 Garage user within a 15 kilometre radius, and will redirect the victim to our online reporting system in order to recover their bike.

"Garage 529 is an amazing app-based bike recovery service that has had proven results in the communities where it has been launched," said OSC CEO Shari Black. "It's community-based and straight-forward to register, and we hope that we can facilitate a movement that helps make roads safer for cyclists in Ottawa."

Ottawa will be among the first major cities outside of British Columbia to adopt this new app. Vancouver, Whistler, and Granville have reported between a 30% to 55% reduction in bike thefts because of its introduction.

"When you register your bike with 529 Garage, you not only protect your own bike, but you'll be part of a community working together to eliminate bike theft in Ottawa," said Bike Ottawa President Heather Shearer. "Technology makes this possible, and it's your participation that will make it successful."

OPS and its partners will be out near Corktown Bridge in Lisgar Field behind City Hall on May 13, between 3 p.m. and 6 p.m., and at Bike Day on the Hill on May 14. Residents are encouraged to visit to register and pick up an identification sticker for your bike.

Representatives will be at various bike events throughout the summer.

For more information about 529 Garage and how to register, visit ottawapolice.ca/endbiketheft.

Police asking for help to identify woman they say is linked to fraudulent activity
Oct 21, 2020 3:37 PM