Officers won't comment on the details of the investigation, but a video posted to Twitter on the morning of the incident shows a man yelling vulgarities outside of the office's door.
Aug 10, 2020 4:41 PM By: OttawaMatters Staff 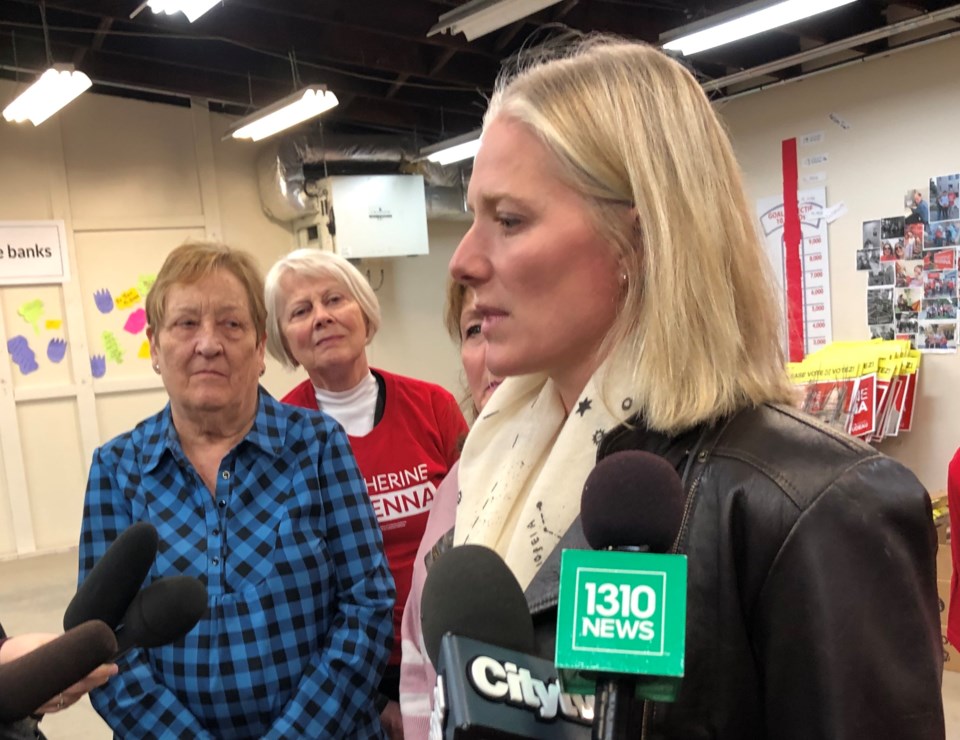 Catherine McKenna speaks at her office after it was vandalized, October 24, 2019. Chris Kurys/ OttawaMatters.com

An incident outside the constituency office of Ottawa Centre MP and Cabinet Minister Catherine McKenna is being investigated by police.

Ottawa police confirm in a statement that a complaint was filed and they are investigating the incident that happened on the morning of Thursday, August 6.

Police would not, however, confirm what the incident was.

On that same day a man posted a video to Twitter, showing him walking up to the door of McKenna's office, asking to speak with the MP and then using vulgar and sexist language when he was told the office is closed due to COVID-19.

The Twitter account also contains several other videos showing the man trying to enter the Liberal Party of Canada headquarters, verbally atttacking journalists around Ottawa and standing outside the prime minister's office.

In the fall of 2019, McKenna was the target of vandalism when someone spray painted a misogynistic slur on the front of her campaign headquarters.

Rideau Ferry closed due to serious vehicle, deer collision, sending two to hospital — one with life-threatening injuries
Sep 19, 2020 10:08 AM