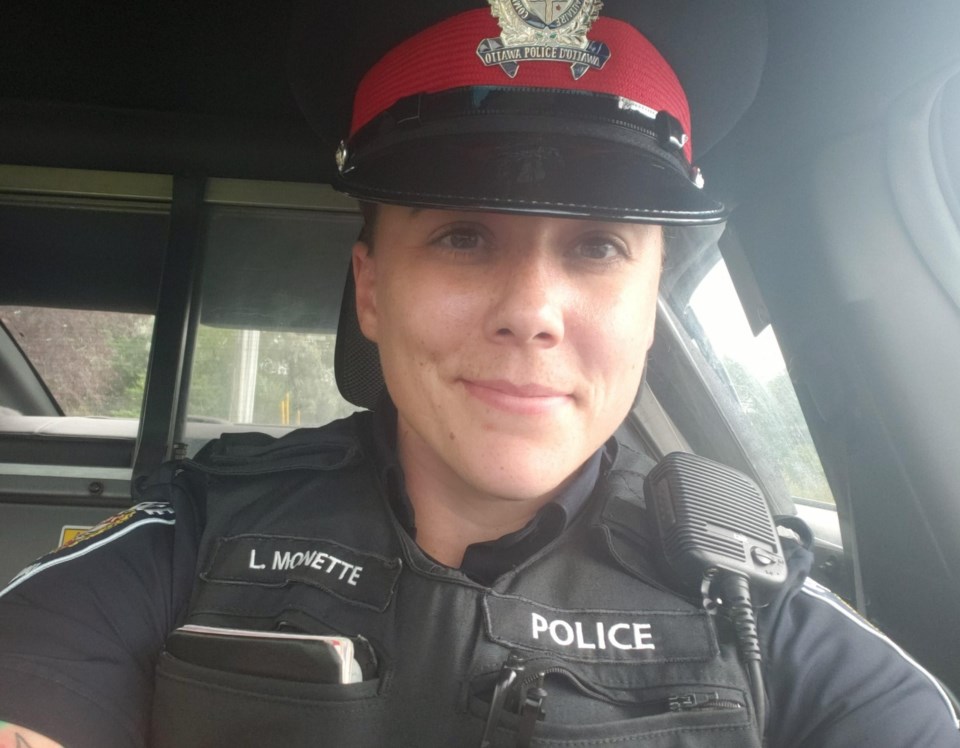 The Ottawa Police Service is looking to identify a young man who jumped into an indoor apartment pool with one of its officers to save the life of a drowning woman.

First-year OPS Constable Laura Monette was called to an apartment complex in Vanier on July 29 for a possible drowning.

"When there's a 911 call, all emergency services respond and I happened to arrive first," said Cst. Monette.

Upon arriving, she instantly spotted a woman at the bottom of a pool, about ten feet down, and acted quickly.

"I was already pulling off my vest and gun belt, knowing I was jumping in," Cst. Monette said. "I didn't have to think about it, my training just kicked in."

Before she jumped, a young man approached her and said he was going in with her.

"I was weighted down by my boots and pocket contents," said Cst. Monette. "It definitely made it harder for me to get to the woman."

The officer had to come up for a breath, but the young man reached the woman.

"We pulled her out and handed her to the people at the side of the pool. I instructed them to turn her onto her side," explained Cst. Monette.

The woman, who had been submerged for several minutes, was blue and foaming at the mouth.

Cst. Monette had to use a ladder to get out of the water -- her wet clothing was too heavy to enable to her pull herself up over the side. She immediately rushed over and finding no pulse, began CPR.

In the frenzy, she lost track of the good Samaritan who helped rescue the woman.

"When I looked around for him, he was gone. I didn’t get his name, but I wanted to tell him he was so brave to do what he did. She probably wouldn’t be alive if he hadn’t acted when he had."

Paramedics arrived and took over the woman’s care.

Cst. Monette stayed behind to speak to witnesses. The woman had been swimming with her friend, both of whom were weak swimmers. They tried to stay in the shallow end of the pool, but at some point, the woman bobbed too far to the deep end and couldn’t regain her footing. Her friend got out of the pool and extended a cleaning pole for the woman to grab, but by this time, she had already gone under.

"If you find yourself in a similar situation, take control. Tell someone to call 911 and then start rescue efforts," said Cst. Monette. "You won't be in trouble if emergency services arrive and you have already gotten the person to safety. And, if you aren’t successful, you know help will there as quickly as possible."