UPDATE: Body of one of missing two men near Bate Island found 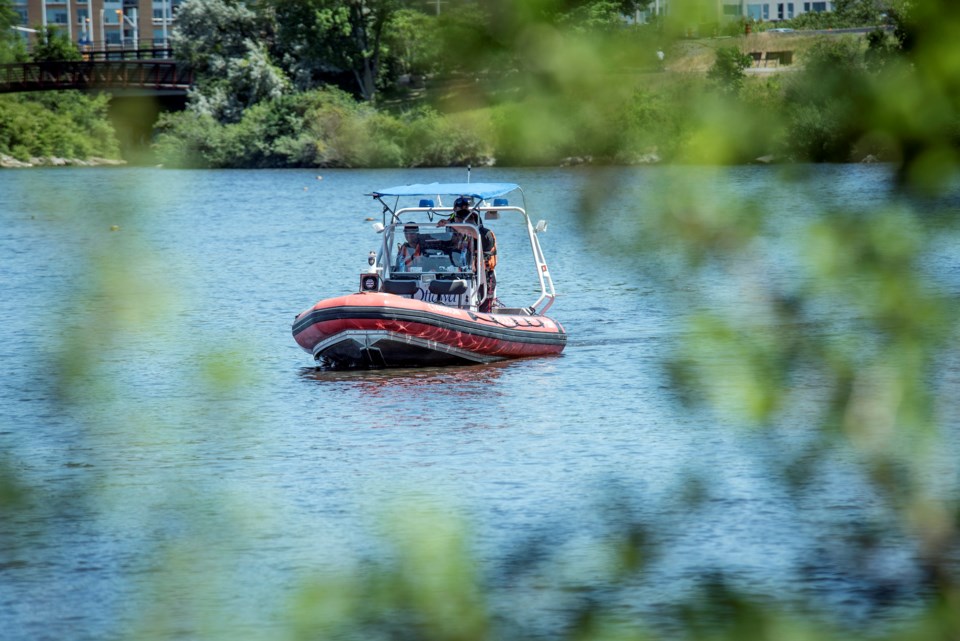 Emergency responders have recovered one of two bodies that Ottawa Police were searching for near Bate Island.

The body was discovered at about midnight. A full search continues for the second man Saturday.

Police are looking around the Bate Island area off Island Park Drive and near the Champlain Bridge that straddles the Ottawa and Gatineau border.

The two men went missing near the island Friday.

The search has resulted in the recovery of the body of one man.
Due to darkness, the search was suspended last night but a full search for the second man continues this morning.
The families of both men have been notified and supports have been put in place. #ottnews https://t.co/QcsetsQg9j

The location is near the Remic Rapids.

Police say witnesses saw the men carried away in the water while they were fishing.

Police say the families of both men have been notified and supports have been put in place.

Last month, the marine unit searched for two missing people in one weekend who had gone missing in the Ottawa River.

The first was a 14-year-old boy who had jumped off the Prince of Wales Bridge. The following was a 20-year-old man who had gone underwater near Britannia Beach and never resurfaced.

Both bodies were recovered in the following days.

Police say the Ottawa River is a dangerous place to swim because it is so unpredictable.

Among the issues are the murky visibility, changing debris under the water's surface, strong currents and tricky terrain that switches from shallow to suddenly deep.

“The unknowability of the conditions underneath make it particularly dangerous to be jumping into," T.J. Jellinek of the marine unit said.

Jellinek says it is a problem for both boaters and swimmers.

- With files from the Canadian Press