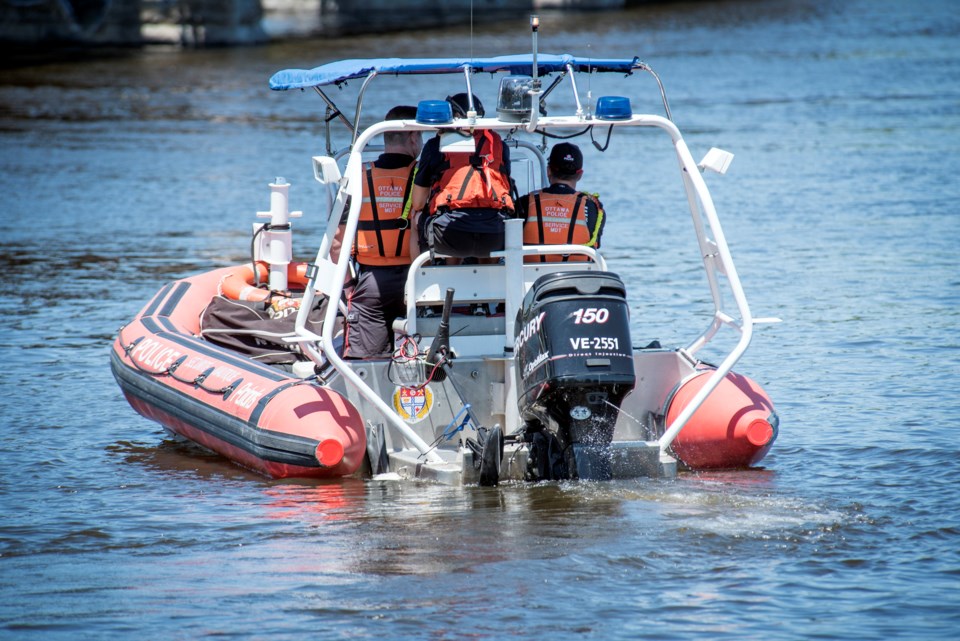 Ottawa Fire Services and Ottawa Police were called to a portion of Lemieux Island on the Ottawa River after receiving reports of a woman struggling in the water, holding onto a branch.

According to police, officers were already nearby along the shoreline near Lemieux Island as they continued to search for the second man who had gone missing Saturday after he and a friend who had been fish near Bate Island had been swept away.

Lemieux Island is on the Ontario side of the Quebec and Ontario border located just ff Sir John A. Macdonald Parkway at Onigam Street in Mechanicsville.

Police reported Saturday they had found one man’s body but were still searching for the second man.

Bate Island is located off Island Park Drive and near the Champlain Bridge that straddles the Ottawa and Gatineau border.

Police were able to rescue the woman and give her first aid.

The woman, police say, is reportedly in good condition.

The search for the second fisherman continues into Sunday.