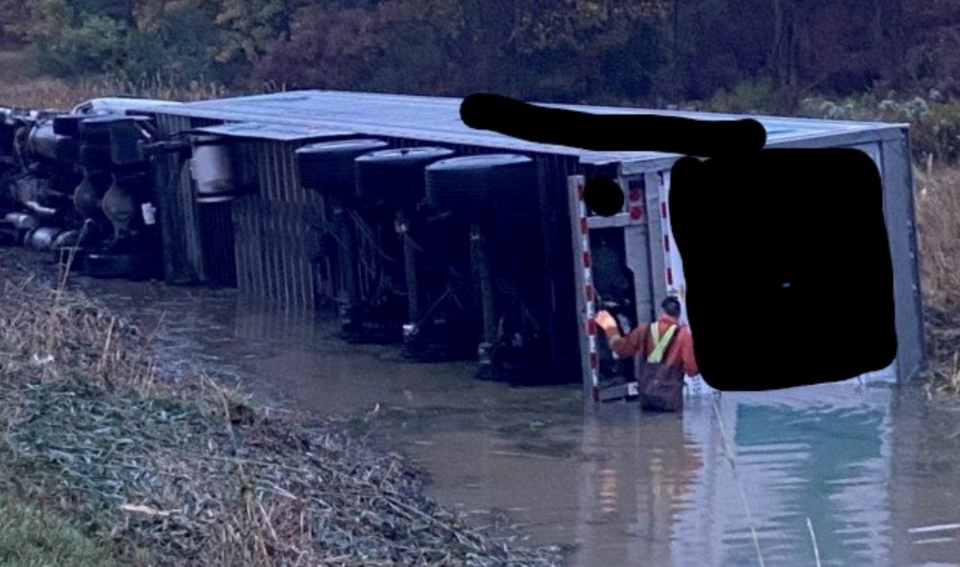 A transport truck, carrying a load of chocolate, ended up on its side in a ditch near Mallorytown, resulting in the arrest of a man.

East region OPP said in a tweet Wednesday evening that the truck driver had fallen asleep at the wheel on Highway 401 at about 4 a.m.

The truck was heading eastbound, and the crash happened about an hour-and-a-half southwest of Ottawa.

The vehicle was full of chocolate and ended up being tipped over into a ditch.

No injuries were reported, but a 29-year-old man from the Toronto area was charged with careless driving.