A witness said he watched police retrieve what looked like a gun from a neighbouring yard.
Jan 8, 2020 9:01 PM By: Mike Vlasveld 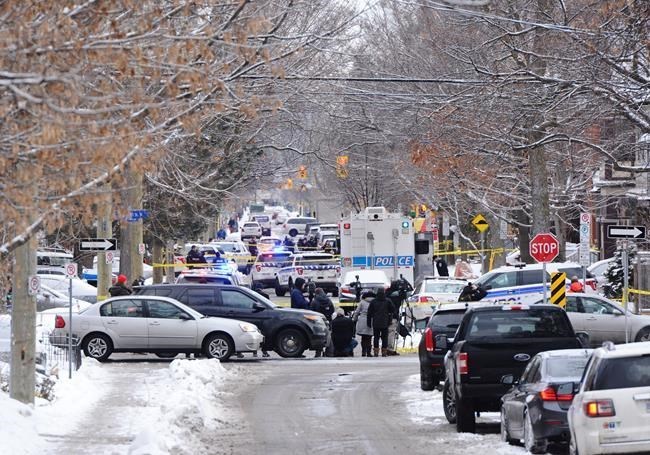 The Ottawa Police Service is identifying the deceased in a shooting at a home on Gilmour Street as Manyok Akol.

The 18-year-old was killed, while three others, ages 20, 19 and 15, all suffered serious injuries in the incident just before 7:30 a.m., Wednesday, between Lyon Street and Kent Street in Centretown.

Acting Insp. Francois D’Aoust said at the scene that police believe the attack was targeted and there was no "active shooter" in the city, contrary to an immediate warning from the Parliamentary Protective Service, which guards nearby Parliament Hill.

Mark Ignatiev lives nearby and said the home where the shooting took place is an Airbnb with units on two floors. Ignatiev said the shooting was in the first-floor unit.

He saw two people being taken out of the home on stretchers. One appeared to have a leg wound and the other a wound on his arm, he said. One of the men told police he was 20 years old, Ignatiev said.

He also said he watched police retrieve what looked like a gun from a neighbouring yard.

Ignatiev said ambulances are common in the neighbourhood. The area, just west of busy Bank Street, is a mix of downtown single-family homes, duplexes and rowhouses and is sprinkled with taller apartments.

"This is a neighbourhood that has a lot of things happening," he said.

Kacey Griffiths, who lives next to the house where the shooting occurred, said she woke up to find heavily armed police surrounding the building. She says she watched as police thoroughly searched the residence before two young people were taken away on stretchers.

Paramedics were working on a third person in the backyard, she added.

"They were both people I've never seen before," said Griffiths, who admitted to having been shaken by the shooting. "I'm very local here, I know my neighbours. I've never seen these people in my life."

Griffiths, who suspected the shooting was gang-related, said the street was previously rocked by a shooting last May. Police at the time reported that a car had been struck by bullets but that there were no injuries.

Prime Minister Justin Trudeau said he has spoken with Ottawa Mayor Jim Watson about the shooting and the investigation.

"My heart goes out to everyone affected, and I hope all those injured have a speedy recovery," Trudeau said in a message on Twitter Wednesday, where he also thanked the police and paramedics for their quick response.

-- With files from the Canadian Press